As the coalition government is stumbling from one mistake to another, it is hard to dispel the impression that most of its wounds are self-inflicted. To add to the list of problems, the government has opened the can of worms again that is the reform of the House of Lords.
As many observers of constitutional affairs have noted only half-jokingly, House of Lords reform has been imminent since 1911. In that year, parliament approved the Parliament Act which established the supremacy of the House of Commons. Ever since, politicians and the British public have wondered what the role and purpose of the Lords could be in the legislative process. 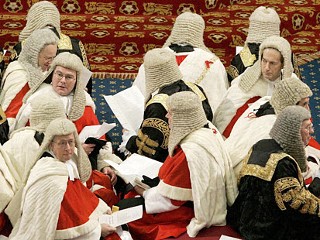 Much ink has been spilled on possible reforms for the House of Lords and many a commission’s report has come and gone. But now, the government is determined this long protracted issue should enter its final phase. In fact, it is so determined to solve the House of Lord issue, ministers will move other legislation out of the way in the House of Commons schedule to make place for reform legislation. Why the haste?
One reason may be the desire of the Liberal Democrats to secure their legacy before the next general election. Putting in place some of the changes they promised in their election manifesto in 2010 may provide a critical stepping stone for their electoral survival. However the timing of this round of reforms of the House of Lords appears deeply flawed. While few would argue that making the Lords an elected parliamentary body would increase their legitimacy, it is the timing that is ill conceived.
Scotland’s First Minister has announced a referendum on Scottish independence for 2014. Whether or not Scotland may secede from the Union in 2014, Britain will need a fundamental transformation of its constitutional structure as devolution for the three smaller home nations gathers pace. The obvious means for re-jigging the British constitution would be a federal upper chamber that could ensure regional and national representation and balances the power of central government.
Any precipitate House of Lords reforms however forecloses this option. Once the upper chamber is a fully elected body with the main political parties dominating its composition, any federal solution become unfeasible. Since not much has changed in the last 100 years, chances are we would have to wait another century for a federalisation of the upper chamber. The forces set in motion by devolution may not wait that long.
Posted by jojo at 01:28