Why we don't criticise the NHS

A recent survey showed that people are reluctant to criticise the care they receive by the NHS. Whilst we are happy to rate pretty much any service or good we obtain, from mobile phones to hotel stays, we are far less likely to say something critical about the NHS. The Guardian has reported on the result of this survey and the figures are revealing. Only about 250 people go online every day to rate their experience with the NHS, out of 1 million daily encounters in the NHS between care staff and patients. 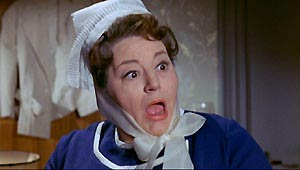 The authors of the report suspect reverence for medical professionals the main reason. But another reason for why we rarely say much about the NHS is that we simply don't know. Look at it this way.

Rating a good or a service inevitably involves comparing it to a previous experience. We may often not be aware of this comparative exercise, but when we say something about a movie we have seen, we intuitively judge it against a previous movie experience. Although comparisons are complex mental exercises, the fundamental component of any comparison is a previous experience of something that we deemed sufficiently similar to compare it to. That may be easy with movies, yet harder to come by when we think about a colonoscopy. Experiences of medical care are mainly non-comparable, singular events in their nature. We do not have an operation to remove our appendix at Central Manchester Hospital and then decide to go to France to have the same procedure all over again. Once it's done, it's gone.

That illustrates of how little use NHS satisfaction surveys are. People simply have nothing to compare it with when it comes to medical care experiences. At best, they may re-visit the same hospital again and their rating may simply reflect whether or not the hospital itself has improved its care quality over time. Cross comparisons between hospitals or even between the NHS and other care organisations can hardly be based on patient satisfaction surveys.

As a foreigner, I have the privilege ( or perhaps the misfortune) to know two health systems, the NHS and the German system, a de-centralised health care model based on mixed economy health providers. I also work in a university hospital in Wales, one of the largest in the country. Although I bristle at the dire state of hygiene in NHS hospitals and the poor food, I could hardly comment on whether Welsh surgeons would do a better job at operating my appendix than any German doctor would. What I do know however is that if I hear any politician speak of how great the NHS is because they have the highest satisfaction ratings in years, I will roll my eyes and hope I never be asked to fill in one of those surveys.