Louise Mensch to quit as MP

There is little else that can be said for Louise Mensch's decision to quit parliament than that this is a serious loss to the political life in Westminster. Mensch has brought qualities to politics that are often absent from other parliamentarians, such as eloquence, a sharp intellect and an admirable sense of impartiality as the member of the Culture Commons Committee investigating the phone hacking scandal. 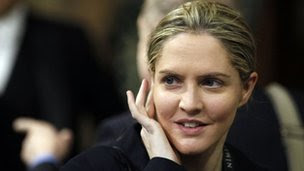 She gained a high public profile very quickly after entering parliament in 2010 mainly because of her outspokenness on media and gender issues. Whatever her political loyalties to the Conservative Party she was certainly one of the greatest assets David Cameron could muster in wooing more moderate members of the public and Mensch played, inadvertently perhaps, a critical role in de-toxifying the Conservative brand by offering a different public appearance to the stale old male party hierarchy.

One of her most memorable moments came when she defended the decision of the Conservative members of the Commons Culture Committee not to support the highly biased and partial report into phone hacking. The intemperate language of the report and the lack of evidence to support one of its conclusions led Mensch and other members of the Committee not to endorse it. The refusal of the Labour MP Tom Watson to amend one passage of the report, largely because of personal vanity, did serious damage to the impartiality of parliamentary committees. In contrast, defending her position on Newsnight, Mensch was balanced, fair and sharp, which provided a real highlight of political decency and honesty.

Mensch's decision raises the question however why few people with similar intellectual abilities enter politics. One reason may be that politics is in fact a difficult and undervalued (yes, underpaid) occupation. The workload (of up to 60 hours a week) can be taxing and few people of high calibre with a professional background find this attractive as politicians' salaries in the UK are low compared to business or remuneration in the civil service. Add the unpredictability of the job and you get an unattractive package all around that offers little to intellectual high flyers like Louise Mensch.